As part of the logistical infrastructure of the global economy, the political geographies of ports has received increasing attention. And indeed, old questions about economic infrastructure and political power are raised anew. However, in critical security studies, common transnational practices of securing and securitizing ports have been overemphasized. This paper uses controversies around African ports to dig deeper. To counter the emphasis on seemingly all-encompassing governmental practices, we look at technologies of governance through the lens of controversies. Empirically, we concentrate on a case study of the East African port of Dar es Salaam, which will be contrasted with the West African port of Tema, the most-studied port in Africa. Based on secondary literature, and field research and document analysis in Tanzania, East Africa, three controversies will be discussed: 1) security of cargo; 2) delays in dwell time and how to fix them; and 3) the ‘Dubai model’ and competing modernities. Taken together, the paper argues for an approach to ‘governance of logistics’ and infrastructure security that accounts for diversity and geographically and historically situated outcomes.

Ivan Cuesta Fernandez is a PhD candidate at the Centre of African Studies, University of Edinburgh. He was research assistant in the New Political Geographies project which is behind this paper. Ivan is interested in electric grids, railways and ports in Africa from various perspectives, notably political geography, political ecology and comparative politics. In this vein he has published one chapter entitled ‘Mammoth dams, lean neighbors’ in A New Scramble for Africa? The Rush for Energy Resources, edited by Soren Schölvin. His chapter looks at the vast program of hydropower electrification presently underway in Ethiopia. 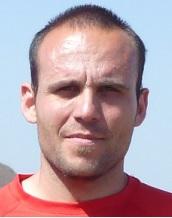