Little is known about how social entrepreneurs try to induce enactment of their cause, especially when this cause is difficult to embrace. Through a longitudinal study, we analyze how anti-plastic pollution social entrepreneurs use multimodal (visual and verbal) interactions to influence their targets and promote their cause. Our findings reveal that these social entrepreneurs use what we call “emotion-symbolic work,” which involves using visuals and words to elicit negative emotions through moral shock, and then transforming those emotions into emotional energy for enactment. The emotional transformation process entails connecting target actors to a cause, a collective identity, and the social entrepreneurs themselves. Our exploration of emotion-symbolic work offers new ways of seeing by emphasizing the use of multimodal interactions to affect emotions in efforts to influence target actors to enact a cause.

David Barberá is Associate Professor in the Polytechnic University of Valencia (Spain). Dr. Barberá earned his PhD in Innovation Projects from the Polytechnic University of Valencia. He spent seven years as a R&D Project Manager in a Spanish medical technology company, where he leaded numerous R&D Projects. Part of the results of those projects was reflected in three European Patents, where he figures as inventor with other researchers. Dr. Barberá academic research uses both quantitative and qualitative approaches for inquiry in several innovation domains, as innovation policy, medical innovation or social innovation. His research has been published in high impact journals in the field of Innovation Studies.One his works was included by Faculty of 1000 (F1000) in the top 2% of the most important papers in medicine and biology published in 2011, in the category “Statistical Methodologies”. His work was also awarded with the Best Entrepreneurship Paper Award of the OMT Division in the Academy of Management Meeting 2015. He has stayed as visiting researcher in institutions as UC Berkeley, Stanford University, Copenhaguen Business School or Universidad Carlos III de Madrid, where he presented his work in several research seminars. 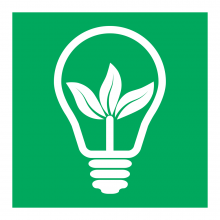