This talk examines the phenomenon of predatory publishers and journals and the threats they pose to researchers, to research, and to scholarly communication. The speaker will also describe his work identifying predatory publishers, an effort that lasted from 2012 to early 2017. Selectivity in scholarly publishing is disappearing and peer review is failing. Consequently, anyone — including a promoter of pseudo-science — can augment his CV and earn academic credit, thanks to predatory publishers and predatory conference organizers. Demarcation between authentic science and pseudo-science is failing, a situation that threatens to pollute future research.

Jeffrey Beall has worked as an academic librarian for 27 years and currently works as the Scholarly Communications Librarian at the University of Colorado Denver. For over five years, he identified and critically reviewed predatory publishers, a term he coined in 2010. Beall holds an MS in library science from the University of North Carolina at Chapel Hill and an MA in English from Oklahoma State University. 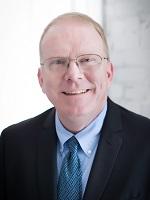