Publications in press include:

The Sten A Olsson Foundation for Research and Culture (Sten A Olssons stiftelse för forskning och kultur) supports IIE’s research program “Radical Innovations for the Enhancement of the Swedish Economy”. This large research program, running 2013-2015 involves many researchers at IIE. Rick Middel is Coordinator, and Professor McKelvey is the principal investigator.

The continuing support from the Volvo Group, to Professor McKelvey’s professorship in ”Industrial Management” (industriell ekonomi) is also acknowledged. The School of Business, Economics and Law was able to develop IIE and this professorship, due to the generous support of Carl Bennet AB, SKF Group and Volvo Group.

Director of Research and PhD Education at IIE

Professor McKelvey is engaged in a variety of academic leadership positions: 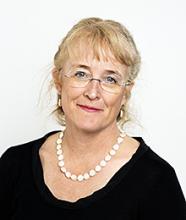