The persistence of patterns of decline or stagnation in developed countries has led to a renewed interest in the study of less developed regions. This renewed interest is informed by a variety of approaches, which range from studies on the unequal distribution of economic power and resources to analysis of regional endowments, such as human capital or quality of institutions. However a persistent misconception in some of this literature is that the primary factor explaining levels of development is innovation happening within firms. In particular, this narrative fails to consider the role of national and international agents and processes, the impact of value chain management on value appropriation and the challenges to diversification within peripheral regions. This paper will contribute to this debate by developing these matters theoretically and by drawing on an analysis of three wine regions in Portugal.

David is Associate Professor at the Universidad Politècnica de València. Prior to his academic career, he worked as R&D Project Manager in a medical technology company for seven years. During that period he directed numerous new product development projects. Part of the results of these research projects was reflected in three European patents in which he figures as an inventor. Dr. Barberá's academic research studies different areas of innovation, such as medical, innovation policy, innovation in creative sectors, or innovation and social entrepreneurship. The results of his research have been published in high impact journals in the field of Innovation Studies and Management. One of his works on medical innovations was selected by Faculty Opinions, a high-impact research selection and evaluation service. Another of his works was awarded the "Best Entrepreneurship Paper Award" by the OMT Division at the Academy of Management congress (Vancouver, 2015) and selected by the Financial Times as one of the works with the greatest social impact in the field of management for the period 2015-2019. He has worked on contracts and research projects financed by local, national and international institutions. He has been a visiting researcher at institutions such as UC Berkeley, Stanford University, Copenhagen Business School, VU University Amsterdam, Aalto Business School (Helsinki) and the Universidad Carlos III de Madrid, where he has presented his work at various research seminars.

Pedro is a Ramon y Cajal fellow, a competitive 5-year programme funded by the Spanish Government. Under this programme he will continue to develop his research agenda on regional development, innovation and governance in peripheral regions of the European Union. He is also the principal investigator in a Innovative Training Network funded by the European Union (coordinated by Utrecht University) that will start in December 2019.

Pedro has been a visiting fellow at the Centre for Urban and Regional Development Studies, Newcastle University, since 2012. He is an Associate Editor for the journal Regional Studies, Regional Science and has been a peer reviewer for several high-ranking journals. Pedro has worked as a Research associate at Newcastle University (UK), the University of Kiel (Germany), Cardiff University (UK) and the University of Sussex (UK). He has done fieldwork in the UK, Portugal, Germany and Slovenia, as part of different research projects, where he has interviewed a variety of stakeholders from the private, public and third sectors. As a result of his research Pedro has published in several high-ranking journals and wrote policy reports for policy and third sector organisations in the UK, Portugal and at the EU level.

Pedro´s research interests are in the following areas: innovation in less developed regions, innovation in low and medium tech sectors, the political economy of development, governance and politics, social innovation. 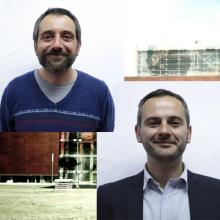 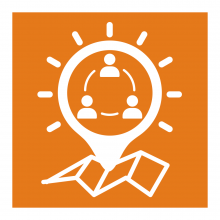