Perceptions of temporality have a significant impact on the legitimacy of a nascent field. Expectations play a particular role in legitimation in such contexts; and studies explicate the multiple other types of temporalities that relate to change and persistence of institutions in more general terms. However, studies have yet to develop a coherent understanding on the varying ways by which temporality and legitimacy are intertwined in nascent fields. We draw on a grounded study on the emergence and development of the solar energy field in a Northern country where legitimation has been particularly cumbersome. We identify three sequences of initiatives, each resulting in a dominating and sustaining lack of legitimacy. The first sequence was characterized by diverging perceptions on predictability of solar energy, where the negotiations circulated around the question “Is this is happening?” The persistent perception was that the technology was improbable to have an impact on local energy production. During the second sequence, the focus turned to elaborating the time frame of solar energy investments, and participants struggled to figure out “When is this happening?” The persistent perception was that solar technology was pre-mature. The third sequence was characterized by a sudden boom of international markets, which instigated negotiations around the question “How fast is this happening?” This resulted in the dominant perception of a fleeting window of opportunity and the understanding of a fundamental asynchronicity – that it was too late to join successfully the new global market. Drawing on these findings, we develop a model for sustained temporal illegitimacy in nascent markets. The study makes multiple contributions to understanding the temporal foundations of legitimacy perceptions, as well as the temporal dynamics of field emergence. 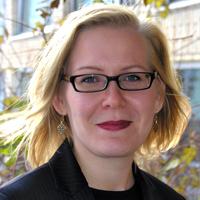