Researchers and some policy-makers often complain about the limited extent to which scientific knowledge is used as a basis for policy-making and the observation is well-supported by empirical studies- science is rarely a major component even when the topics are science and technology-intensive.  A literature emerged decades ago on "utilization of science," most of it focused on enhancing the use of scientific knowledge and providing guidelines, but much of it fails to recognize that a reluctance to use scientific knowledge pertains to more than irrationality or self-interests.  Scientific knowledge always competes in an information in which there are powerful information rivals, including such diverse factors as religious belief, trust in authority, personal experience, historical knowledge, and personal and political values. Science often loses in this competition.

The current paper suggests that while science still provides an often useful credibility warrant, scientific knowledge is competing less well in the new "anomic information environment," one characterized by increased interconnection via internet and social media, much expanded and rapidly changing information content, the increasing separation of content from identifiable source, and the break down of institutions that have historically mediated and vetted information.  The paper presents a model of "science in the anomic information environment" and provides both forecasts and prescriptions for change if scientific knowledge is to remain a potent knowledge competitor.

Barry Bozeman is Regents' Professor and Arizona Centennial Professor Science and Technology Policy and Public Management and Director of the Center for Organization Research and Design, Arizona State University. He is also Distinguished Affiliated Professor at Tsinghua University (China).  His research in science and technology policy focuses on public values and evaluation, research collaboration, administrative burden and red tape.  His most recent book (co-authored with Jan Youtie)  is "Strength in Numbers: The New Science of Team Science" Princeton University Press, 2017. He has just begun a book on the credibility and social uses of scientific knowledge. 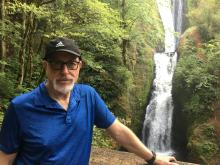