The Yucatan Octopus Fishing Industry (YOFI) is a traditional system characterised by a massive regime of production, distribution and consumption. Actors employ traditional technology and practices and compete using strategies based on efficiency or lowering costs and prices. Despite some sporadic incremental innovations, the system has remained almost unchanged over the last few decades, similarly to many others production systems in the Global South agri-food industry.

However, some actors recently (e.g. since 2016) started adopting new strategies for developing and eventually transforming the regime of the YOFI system. These experiences are interesting because they represent a shift towards innovation for sustainable development. Adopting the classification proposed by Schot and Steinmueller (2018), we could say that we observed first a move away from regulation, knowledge production and commercialisation (‘Framing 1’) toward a policy based on innovation systems, networks and entrepreneurship (‘Framing 2’). Then, we also observed emerging the idea of transformative change and sustainability transitions supporting a Third Framing for Innovation Policy.

The aim of this research is to explore and deepen the shift in the approaches towards innovation for development influenced by key policymakers and stakeholders within the YOFI. The research identifies some activities and processes attempted to moving from Framing 1 towards Framing 2 and eventually Framing 3. Specifically, we focus on the role of the cognitive factors – like expectations and visions – underpinning the new policy frame adopted by key policy entrepreneurs.

Dr Sandro Giachi is a research fellow in transformative innovation policy at the Science Policy Research Unit (SPRU), University of Sussex, where much of his work is with the Transformative Innovation Policy Consortium (TIPC): http://tipconsortium.net

His current research focuses on Latin American research and innovation policies, and their potential for transformative change across different levels of governance. His previous research spanned across several topics, ranging from the sociology of innovation to the institutionalisation of science-industry relations.

He has been a pre-doctoral research fellow at the Spanish National Research Council (CSIC), a visiting researcher at the University of Wollongong (Australia) and the North Carolina State University (USA), and a freelance data analyst and consultant. 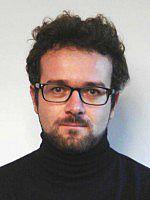