Academic artists are researchers who create artistic work. They form part of the cultural life of cities and contribute to welfare not only trough research but also through art. They may commercialise their art, or use it to engage into scientific knowledge diffusion. As in the case of academic entrepreneurship and other diffusion channels, the resources needed to develop art on top of research may exclude women and young researchers, contributing to their marginality in science, and may be also incompatible with a career focus on science quality or an organizational logic based on scientific prestige. We study survey answers from some 7,000 Spanish academic researchers to analyse these issues, and compare university to other researchers. More than half of the researchers create artistic work, and commercialisation is rare whereas engagement is the norm rather than the exception. Being a woman researcher, as well as science quality, are contrary to be an artist. Younger researchers tend to be artists, but rather commercial than engaged artists. University researchers are less likely to be artists than other researchers. The detrimental effect of science quality on being an artist is stronger in commercial academic artists, but university artists counterbalance this effect after a certain quality threshold. Also, beyond a certain threshold, science quality is positively related to academic engagement through art. We discuss the implications for the valorisation of art among interaction channels and research evaluation.

Holding a PhD in Economics by the University of Valencia, he is specialised in economics of innovation and economics of science. Because of his complementary training, his professional career and his co-authors, the contributions in which he has participated tend to draw from fields like information science, management, policy, or geography.

He was linked as a grant holder and lecturer to several institutions of the Polytechnic University of Valencia (1997-2006). He has been postdoctoral researcher at the IPTS in Seville (2006-2009) and IPP in Madrid (2009-2010). He is tenured scientist at INGENIO (CSIC-UPV) in Valencia from 2010 to date. During his career, he has temporarily stayed at BETA (Strasburg), CINDOC (Madrid) CWTS (Leiden) and GRETHA (Bordeaux).

He has participated in different research projects and contracts, some of them for the European Commission (Models and econometrics of entrepreneurial universities towards the European research area, ERAWATCH Strategic Intelligence Service), for which he has managed contracts with international research consortia (Production of data to analyse university references found in patent documents, by geographic origin). He has presented contributions to conferences, seminars and courses typical from the field of innovation studies: T2S, STI, EuroLIO, ISSI, Harnessing the Powers of Patent Data, etc.

Currently, he is principal investigator of a national and a regional project on the integration of basic and personality psychology in science and technology studies, and on the use of literary fiction by researchers as a mechanism of knowledge transfer. 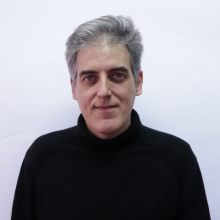 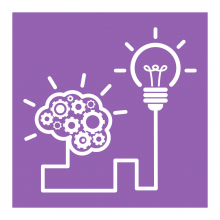