This paper aims at disentangling the role of trademarks in the process of market integration and productive and commercial specialization of Spanish regions from mid-nineteenth century to 1920. In 1850, Spain established the first national trademark system of the world, just a few years before France, and two decades before the United States. By a detailed analysis of the first 47,000 trademarks registered in the Spanish Patent and Trademark Office, the paper contributes to shed light on the causes of the early trademark expansion in Spain, to explore how trademarks were used among regions and sectors, and to understand the origins and persistence of such geographic differences in marketing innovation over the long term.

Patricio Sáiz is Associate Professor of Economic and Business History at the Universidad Autónoma de Madrid, where he conducts research on patent and trademark management in backward economies, especially in Spain and Latin America. Since 1999, he has been the lead of a research agreement between the university and the Spanish Patent and Trademark Office for the studying of the historical records. Recent publications include Industry and Innovation, Industrial and Corporate Change, Business History, Enterprise and Society, Latin American Research Review, Cliometrica or Business History Review. See www.ibcnetwork.org/patricio_saiz for further information. 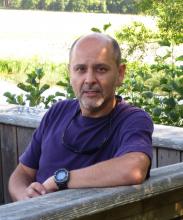