The issue of creating public value from investments in scientific research has become arguably the pressing science policy problem in recent decades, and this has been reflected in the proliferation of studies in science, technology and innovation studies exploring scientific knowledge exploitation in societal and economic domains.  There is a growing demand to better understand the characteristics of useful research and useful researchers as part of the ongoing austerity-inspired drive to maximise these public investment returns. And yet, there is widespread dissatisfaction in the field that studies to date have failed to capture the essence of what determines research’s societal utility.  This has manifested itself in a growing number of studies which explore researchers’ motivations for engaging with users throughout the research process.

This seminar takes the opportunity raised by this opportunity to suggest a reframing of the terms of the debate about what makes research useable.  In particular, the seminar focuses on the additive nature of knowledge, and the fact that technology transfer represents the terminal transfers in much longer knowledge combination-recombination trains.  We therefore argue that what determines the usability of a piece of research is the ease with which it can be combined with other kinds of knowledge that are eventually transferred to users.  We operationalise this in terms of the concept of “openness”, and report on two studies which explore its conceptual coherence and its underlying determinant researcher characteristics.

The author would like to acknowledge the support of the Eu-SPRI Forum for their mobility grant which funded our research.

Paul Benneworth is a senior researcher at the University of Twente in the Netherlands.  Paul's research interests relate to relationships between universities and societies in the broadest sense.  Paul has undertaken fundamental research for a wide variety of funders, including the ERSC and RCUK in the UK, the Norwegian Research Council, the Dutch Council for Scientific Research and the European Commission.  Paul is the author of over thirty academic articles and around 55 book chapters, and edited the recently published books Higher Education and Regional Development (2012, Routledge), Universities and Socially Excluded Communities (Springer, 2013) The Social Dynamics of Innovation Networks (Routledge, 2014), and Technopoles of the World Revisited (Routledge 2015). In 2015 his guest edited special issue of the Public VAlue of Arts & HUmanities Research appears in Arts & Humanities in Higher Education. 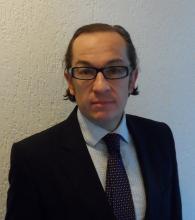